Goodwill Industries of Denver invites Coloradans to support its efforts to spread hope through the power of work by making a financial donation on Colorado Gives Day, December 8, 2015. Presented by Community First Foundation and FirstBank, Colorado Gives Day is an annual statewide movement to celebrate and increase philanthropy through online giving. The event is powered by ColoradoGives.org, a year-round, online giving website. Participants can search for “Goodwill Denver” on the site and make safe and secure donations in a few easy steps.

“100% of every financial donation we receive on Colorado Gives Day, and throughout the year, goes straight to Goodwill’s programs that provide career education and job training to more than 23,000 people across the state,” said Goodwill Industries of Denver CEO Stuart Davie. “We’re looking forward to being involved in a movement that inspires thousands of donors to support their favorite causes, including our mission to put Coloradans back to work.” By participating in Colorado Gives Day, Goodwill Denver has the opportunity to benefit from a share of the $1 Million Incentive Fund.

Goodwill Denver is joining the Colorado Gives Day movement on several digital platforms including social media. The organization is asking its Facebook, Twitter and Instagram followers to donate to Goodwill’s Employ Colorado campaign, and share selfies using the hashtags #ColoradoGivesDay, #GiveGoodwill and #EmployColorado to demonstrate their participation.

Community First Foundation, an Arvada-based foundation dedicated to fueling the power of community to drive positive change, and FirstBank, Colorado’s largest locally owned bank, have partnered to present Colorado Gives Day for the past six years. By making fundraising simple for nonprofits and giving easy for donors, Colorado Gives Day is one the most successful events of its kind in the nation. Last year, $26.2 million was raised for Colorado nonprofits in just 24 hours. Since its inception in 2010, $83 million has been donated on Colorado Gives Day.

Community First Foundation and FirstBank each contributed $500,000 to create a $1 Million Incentive Fund, one of the largest gives-day incentive funds in the country. Every nonprofit receiving a donation on Colorado Gives Day receives a portion of the fund, which increases the value of every dollar donated. For example, if Goodwill Denver receives 10 percent of the total donations made on Colorado Gives Day, Goodwill Denver also receives 10 percent of the $1 Million Incentive Fund.

About Community First Foundation
Since 1975, Community First Foundation has been helping generous donors and innovative nonprofits come together to improve the quality of life and create positive change in Jefferson County, the Denver metropolitan area and beyond. We serve as a connector, partner, collaborator and resource to fuel the power of community for the greater good. We are proud to use our energy, leadership and trusted stewardship of financial resources to energize giving across our state, strengthen nonprofits, support donors and find new ways to address community needs. For more information, visit CommunityFirstFoundation.org.

About FirstBank
FirstBank operates more than 115 locations in Colorado, Arizona and California. FirstBank is the largest locally owned banking organization in Colorado, serving more than 650,000 customers. Since 2000, FirstBank has contributed more than $45 million and thousands of volunteer hours to charitable organizations. FirstBank is unique in that a majority of its stock is owned by management and employees. For more information, visit efirstbank.com. 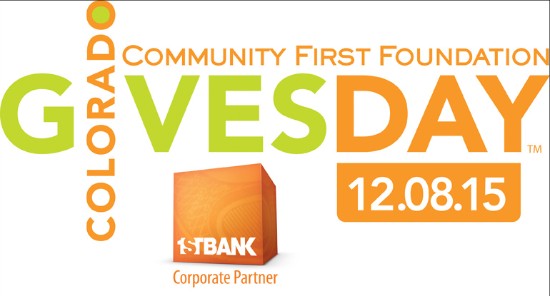 The Bank of America Charitable Foundation is investing in the future of local students. The Foundation has awarded Goodwill Industries of Denver a $15,000 grant to serve more than 17,000 at-risk students across the metro area and northern Colorado. Goodwill Denver will use the funds to help students get the tools they need to be successful both in their education and in today’s workforce.

As part of its Youth Career Development Program, Goodwill facilitators host mock interviews throughout the year for students to prepare for both scholarship and job interviews they will undoubtedly face in the future. On Wednesday, November 18 representatives from Bank of America volunteered to participate in the mock interviews held at East High School giving the organization an opportunity to see their investment in action.

“We are so grateful to have partners like Bank of America support Goodwill’s mission,” said Goodwill Denver’s Chief People Officer Joyce Schlose during a check presentation ceremony held after the interviews. “Financial support is one thing, but it means so much to see your volunteers in our schools, directly making a valuable impression on these kids they’ll carry into the future.”

Goodwill Denver has facilitators in more than 30 schools across seven Colorado school districts. Its youth programs deliver instruction with an emphasis on real-world experience and learning. In addition to mock interviews, the career-readiness curriculum includes resume workshops, career panels, as well as college and work site visits. 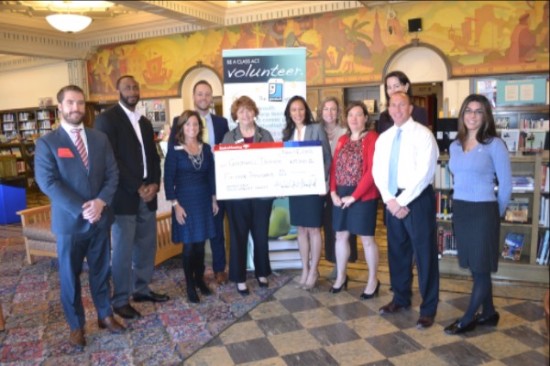 Goodwill Raises More Than $140,000 at its Power of Work Award Luncheon

Goodwill Industries of Denver raised just over $140,500 at its 19th annual Power of Work Award Luncheon that celebrated the accomplishments of program participants who have achieved great success in Goodwill’s career development programs. President and CEO of the Denver Metro Chamber of Commerce, Kelly Brough, received an award for her support of Goodwill Denver.

Goodwill Industries of Denver will celebrate the accomplishments of program participants who have overcome tremendous challenges to find success in Goodwill’s career development programs at this year’s 19th Annual Power of Work Award Luncheon.  President of the Denver Metro Chamber of Commerce, and dedicated Goodwill supporter Kelly Brough, will also receive an award. The event will take place April 21, 2015, from 11 a.m. to 1 p.m., at the Hyatt Regency Denver at Colorado Convention Center.

Attention all budget-savvy brides... Goodwill’s Bridal Showcase is back! On January 24, 2015, brides-to-be can choose from more than 100 new and gently used wedding gowns. The Goodwill Bridal Showcase will be held from 8 a.m. to 11 a.m. at the Goodwill Store at 21 South Broadway in Denver. Early access, beginning at 7 a.m., is available exclusively to Goodwill Club Blue members.