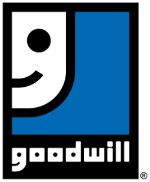 A recent graduate of Goodwill’s LIFT IT Training Program, Josh was attending Tufts University, studying International Relations and playing on the school’s rugby team. During a match, he suffered a near-fatal blow to his head. Josh’s injury was so severe that his doctors did not think he would survive.

Josh was determined—following months of intensive rehabilitation, his cognitive and physical functions improved. He finished his degree and also completed a Master’s degree in Information Security. Despite his academic accomplishments, Josh was having a difficult time transitioning into the cyber field.

Josh remained resolute and decided to augment his college degrees with a Security+ certification, a valuable credential in the fast-growing IT/cybersecurity field. He applied to Discover Goodwill’s LIFT Program, which offers Security+ certification as part of its national Google Grant aspiring to equip one million people with digital skills. Once again, Josh devoted himself to his studies and flourished in the program. He completed his Security+ training and certification and was hired by University of Colorado Anschutz Medical Campus as an analyst.