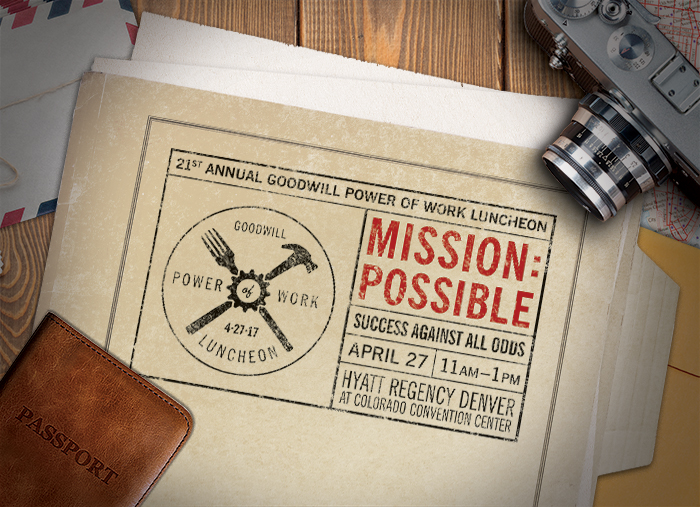 DENVER, Colo. – Goodwill Industries of Denver is excited to recognize four outstanding program participants and one Community Leader at the 21st Annual Goodwill Power of Work Luncheon on Thursday, April 27 at the Hyatt Regency Denver. The 2017 Power of Work Award winners have overcome seemingly impossible odds such as political strife, chronic illness, homelessness and developmental disabilities on their paths to find success. Described as one of the most inspirational nonprofit events in Colorado, Goodwill is thrilled to have Jason Romero—the first and only legally blind athlete to run across the country—give the keynote address. More than 800 influential corporate and community leaders will join Goodwill Industries of Denver to honor the Power of Work awardees and recognize Linda Childears, President and CEO of the Daniels Fund, with the Community Leader Award for her passion and commitment to philanthropy.

Click here to reserve your seat at the luncheon!